DCFS 2017 will be held in Milano, Italy, on July 3-5, 2017. The conference is organized by Department of Computer Science, University of Milano, and by the IFIP Working Group 1.02 “Descriptional Complexity”. 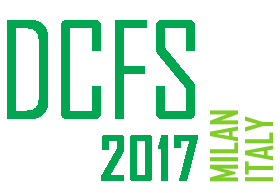 Submissions to DCFS must not exceed 12 pages (in Springer-Verlag’s Lecture Notes style and including bibliography). If the authors believe that more details are essential to substantiate the main claims, they may include a clearly marked appendix that will be read at the discretion of the program committee. Simultaneous submissions of papers to any other conference with published proceedings or submitting previously published papers is not allowed. Only electronic submissions in the PDF format are accepted. Papers should be submitted electronically through the EasyChair system at this link: https://easychair.org/conferences/?conf=dcfs2017.

The proceedings will be published by Springer-Verlag in the series Lecture Notes in Computer Science.

Extended versions of selected papers from the proceedings will appear in a special issue of the International Journal of Foundations of Computer Science (IJFCS).